Get the latest GoodLife Kids Foundation information on how youth with special needs are benefitting from fitness, events and more! 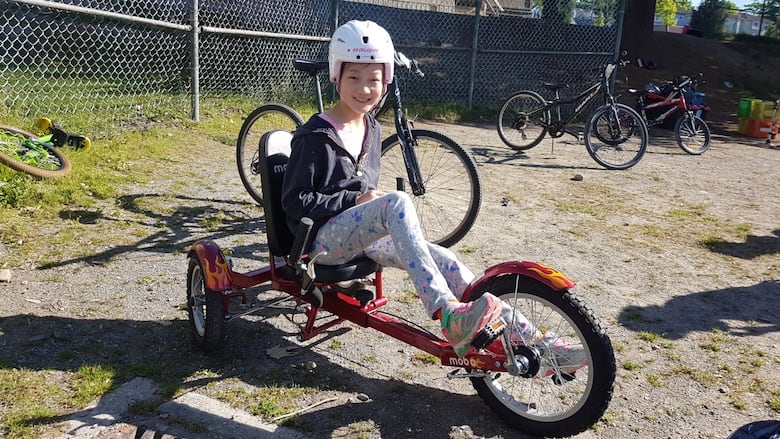 Nicole Wei sits on an adaptive tricycle. The cycle is recumbent — meaning the seat is in a laid-back position — and low to the ground. (Margaret Gallagher)

Children with disabilities in B.C.’s Lower Mainland are learning how to cycle through the use of adaptive bikes, thanks to a grant.

HUB, a non-profit cycling advocacy group behind Bike to Work and Bike to School weeks, leads school cycling workshops and noticed some children were unable to participate. Using a grant from the GoodLife Kids Foundation, the group purchased three adaptive bicycles. 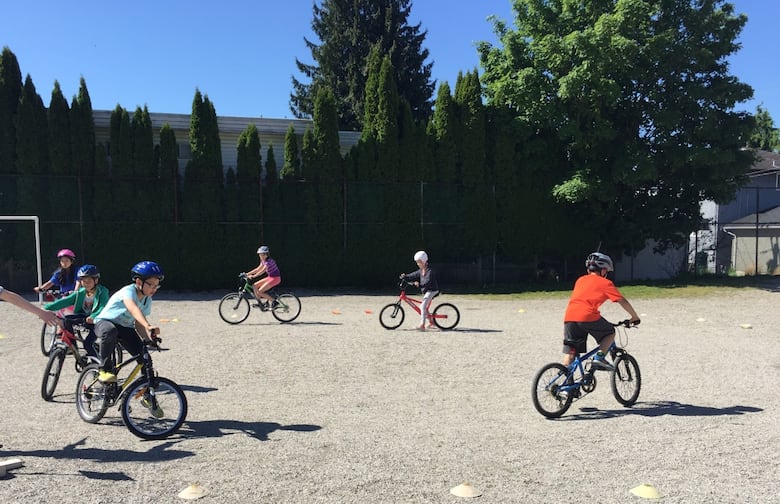 Children whizzing around on their bicycles as part of a HUB learn to cycle workshop. (Margaret Gallagher/CBC)

Ellie Lambert of HUB said the tricycles — which are recumbent (ie. with a reclined, supportive seat) and low to the ground — make cycling accessible for about 90 children who were otherwise not able to participate in the school program. “Children are able to sit level to the wheels with their back supported,” she explained.

“That allows children who perhaps have disabilities that prevent them sitting astride a bike or those who have nervousness around being on a regular bike [to] learn to cycle that way.”

Thanks to a grant, the HUB school cycling program now includes three adaptive bicycles to help some students who were otherwise unable to participate.

Cindy Chau, a teacher at David Lloyd George Elementary School, says the program has been popular with her students — including student Nicole Wei, who has autism. “Nicole’s adapted really well to our classroom. The students are very supportive of her. They are involved and engaged with her every day,” Chau said.

“She’s very shy, but with the support of all the students, she’s really come out of her shell this year.”

Lambert agreed that peer support can be really important for younger cyclists with disabilities who are learning to ride. “The children who are using these bikes might not have ever cycled before or certainly might not have seen an adaptive bike,” she said.

Nicole’s support worker, Jenny Lau, says the adaptive bike helps Nicole feel like she’s part of the classroom. “She feels involved in all of it,” Lau said. “She’s part of it, with her friends, her peers and her classmates.”

Teachers can request the adaptive bikes whenever HUB leads a school bike program.

This story was written by and originally published by CBC News on June 1st, 2017; you can read the original version here.

With files from Margaret Gallagher .